Tina was dedicated to leading an active lifestyle and working out at the gym around three to four times a week, as well as getting walks done in the morning. Because of this daily routine, any sort of pain was evident, especially if it was in her feet or legs. After waking up one morning and stepping on the floor, she felt an intense pain in her right foot. Assuming that it was just a sprain, Tina went about her days and iced her foot normally. However, after six weeks, the pain continued to linger, and she decided seeking medical help was her only route.

During her first few appointments with her orthopedic surgeon, Tina was diagnosed with a stress fracture and placed in a walking boot for six weeks. When that time passed, she returned to the surgeon and explained that she was in so much pain that walking would sometimes lead to severe pain and tears in her eyes. Tina was then sent to get a MRI, which showed no stress fracture, but lead to her being placed in the walking boot again and given a temporary cortisone shot for the pain.

At 52 years of age, and still working to keep her active lifestyle, Tina decided that enough was enough and contacted Holman Chan, M.D., at Nevada Orthopedic and Spine Center to see if there was anything more to be done. After explaining her symptoms, Dr. Chan diagnosed her with Kohler Disease, which meant her navicular bone was not getting any blood supply. Immediately, Dr. Chan decided to perform a surgery in which he would drill a hole in the bone to see if it would bleed and heal. Unfortunately, the follow-ups to the surgery showed that the bone had died and was not healing itself.

After “living on pain pills” and nearly unable to take the pain any more, Tina was given an option to have a midfoot fusion with a graft from her hip bone. Although scared, she says “I knew I had the best surgeon for my condition,” and decided to move forward with the procedure on December 8, 2016.

Now in her 15th week post-surgery, Tina says that she is walking without the pain she had before, and truly has Dr. Chan to thank. “I am truly blessed to be a patient of Dr. Chan,” she says. “He takes the time to know his patients and listen to them, (and) his staff is also very efficient and friendly, and always willing to help.” Tina now looks forward to getting back to her gym routine and leading her active lifestyle, leaving off with “I can’t thank Dr. Chan enough!!” 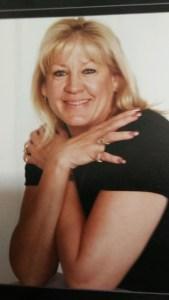 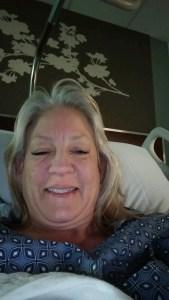